Greeks Bearing Gifts is a fine gift shop located in Athens, a small but classy city in the heart of East Tennessee. Our store features a variety of exclusive product lines, with everything from bath/body to literature and dinnerware to fine jewelry. We also provide a number of Services, including our famous gift wrapping (free with purchases); custom stationery for office or home; Baby and Wedding Registries; custom invitations and announcements; Pandora jewelry cleaning; and custom monogramming.

Whether you visit our store personally or make purchases by phone, we are sure that your experience with the Greeks Staff will be enjoyable and helpful. Please contact us for any further information!

Patti was born and raised in Nashville, TN. After graduating from the University of Mississippi in 1981, she began her retail career at McClure’s Department Store in Nashville. McClure’s was a privately owned, exclusive department store with three locations in Nashville. She quickly rose to Gifts and Decorative Accessories Buyer and ultimately assumed the role of store manager of the largest store in the chain.

In 1985, Patti married fellow Nashvillian, Jim Greek, and the couple moved to Dallas, TX. Soon after arriving in Dallas, Patti was hired as the store manager of the Crabtree and Evelyn shop in North Park Mall. At the time, this new shop was the largest in the entire company. Jim began working for Crabtree also and after running the shop for about a year and a half, Patti and Jim were transferred to Crabtree’s corporate office in Woodstock, CT. Patti began her new position as in-house service representative for Connecticut and Rhode Island. In addition, Patti was tasked to help train all new store managers in the company’s retail division.

After only a year or so, Patti was promoted to Director of U.S. Retail Stores which during her tenure saw the number of stores rise from 36 to 117, with over 1,100 employees under her tutelage. Crabtree and Evelyn Ltd. was sold in 1996 and Patti and Jim were to embark on a new professional adventure.

In Athens, TN, Patti’s mother’s hometown, Patti and Jim opened a gift shop named Greeks Bearing Gifts. For over 24 years, Patti has owned and operated this gift shop which has become an Athens institution. To this day Patti, Jim, and the rest of the “Greekies,” as the staff is known, continue to be an outstanding example of customer service and personal attentiveness which makes Greeks Bearing Gifts a shopping destination. 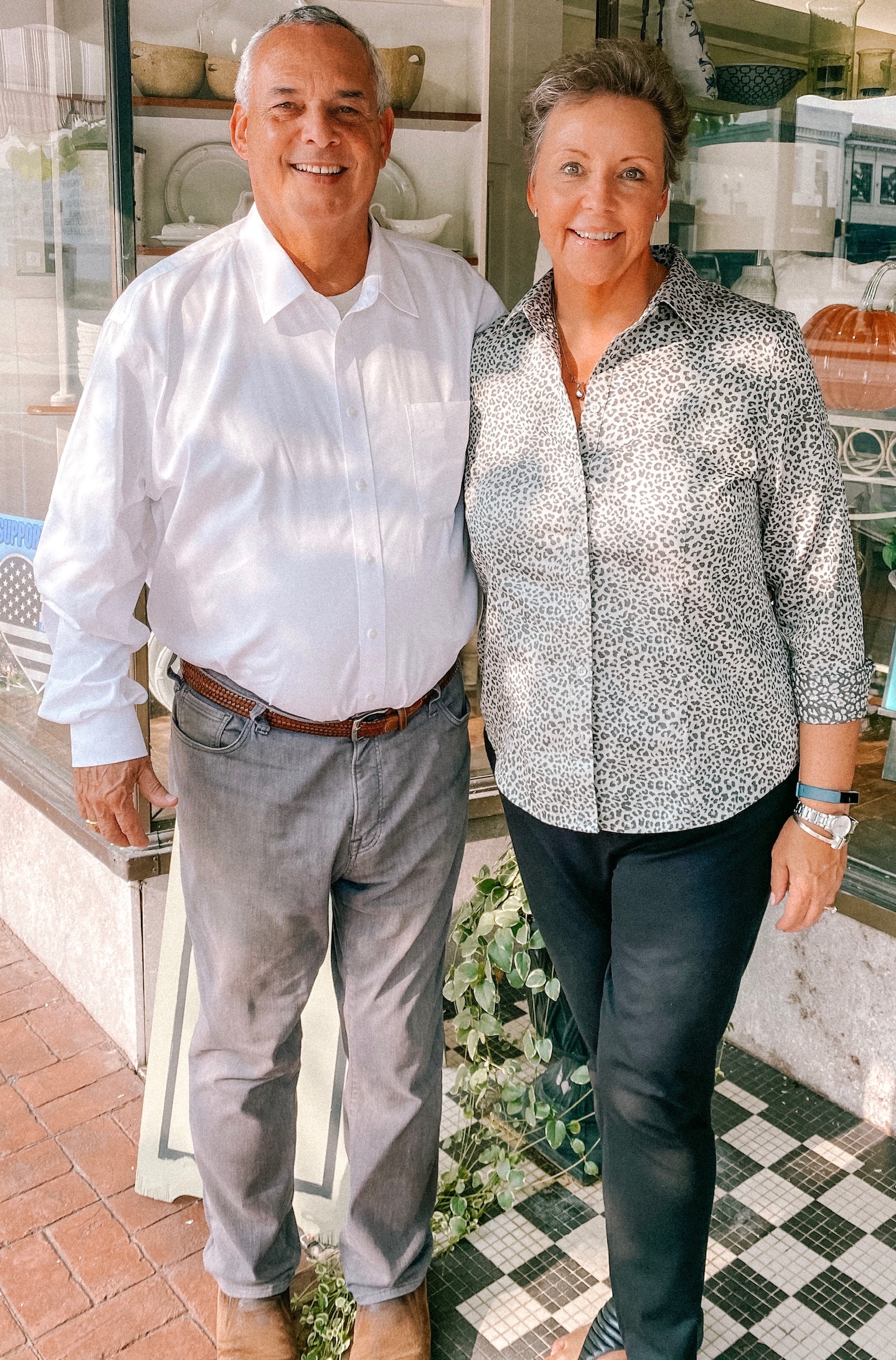 Gifts and Decorative Accessories announces the finalists for the 67th annual Retailer Excellence Awards — the most longstanding and prestigious retail awards in the gift industry!

In August, 2018, Greeks Bearing Gifts was a finalist in the Store Design/Redesign Category. A store’s visual appearance sets the tone and mood for its shoppers. REA awarded Greeks Bearing Gifts for knowing their customer base and creating an engaging layout that tells the store’s own unique story.